Born and raised in Barcelona, Fundrawings was started by five school classmates, Joaquin, Nacho, Sergio, Pepe and Quim who found in drawing the best and funkier part of the school days.

Now Joaquin and Nacho are still on it and count with the others’ collaboration from time to time. Illustration is the main topic here while some other stuff is done too, like murals, graphic design, interiors or audiovisuals..

Together we draw four handed pieces and create mostly through improvising.

Also we play antimusic, if you want to check it out we are Hoder Mofeti 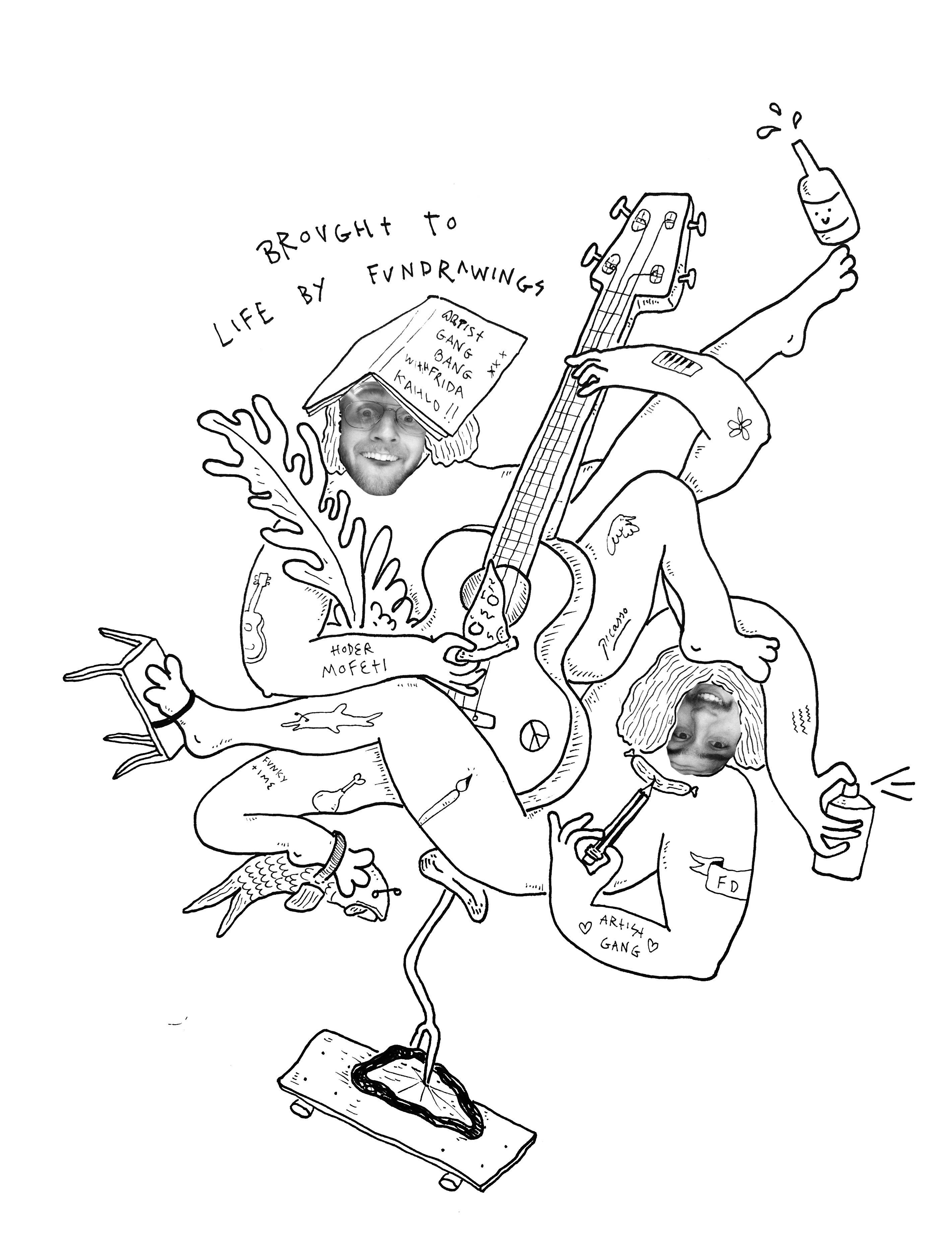